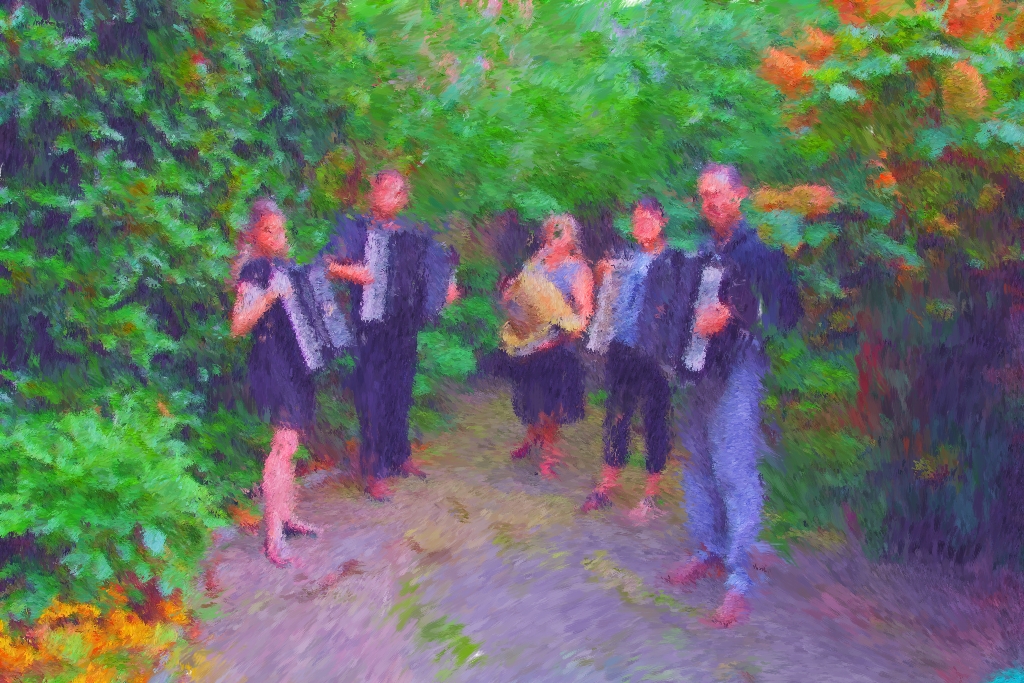 Robert Duncan, is an Associate Professor of Psychology and Neuroscience at the City University of New York, and he received a BA in Music Humanities at the University of California at San Diego. He studied African percussion with Jason Hann and Brazilian/Afro-Cuban percussion with Mark Lamson and Jorge Alabe. He is a jazz pianist and swing dancer, and he directed a traditional jazz band and Lindy Hop dance ensemble for eight years in California. He is the founder and Director of Bachtopus. www.robertduncanmusic.com 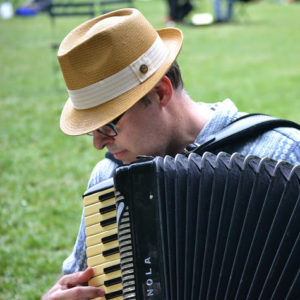 Peter Flint, comes from a musical family and has degrees in electronic music, history, and composition from Oberlin College and Conservatory and New England Conservatory. He has studied accordion with Walter Kuehr, William Schimmel, and Rob Curto. He is deeply interested in Afro-Cuban music and recently had an orchestral composition performed in Havana, Cuba by the Camerata Romeu. He performs with Reggae-Son, an Afro-Latin fusion group, and is the founder of the Avian Orchestra, a contemporary chamber ensemble. He is on the board of directors at the Third Street Music School Settlement and likes to travel with his family, play soccer, and sail small boats. peterflintmusic.com

Denise Koncelik (understudy), DMA, is a freelance musician and arranger. She holds degrees in music theory/composition, pedagogy, and performance, and taught at Midwestern State University and Texas Woman’s University. Dr. Koncelik played piccolo/3rd flute and jazz piano with the Wichita Falls Symphony Orchestra for 13 seasons, and has performed at Symphony Space, Joe’s Pub and le poisson rouge. She is co-director of the New York Flute Club Ensemble Program, a member of the Chelsea Musica, and plays bass accordion in NYC’s Main Squeeze Orchestra. www.DrKoncelik.nyc 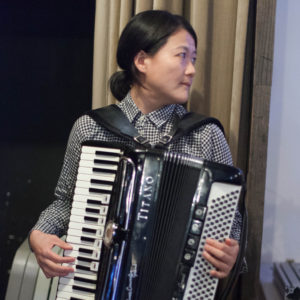 Mayumi Miyaoka, is an Academic Librarian/Archivist by day, and accordionist by night. She is the founder/organizer of Brooklyn Accordion Club, and is the compiler/editor of a self-published magazine, SqueeZine! – Chronicles of Accordionists. Having a painter as her husband, Mayumi enjoys visiting art galleries in the Chelsea area. www.meetup.com/Brooklyn-Accordion-Club

Jeanne Velonis, is a classical recording engineer and the newest member of Bachtopus. Initially self-taught, she has studied accordion with Leah Barkan and Mary Tokarski. She lives with her husband, three children, and five accordions.